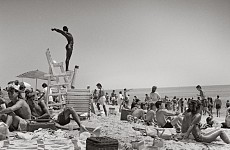 JOSEPH SZABO in THE NEW YORKER

An avid chronicler of American youth, Szabo began taking pictures at Jones Beach in 1960, and returned year after year to capture the diverse human menagerie that gathers every summer: the evolving styles of swimsuits, the near-naked bodies in their limitless variety, the jubilance and intimacy of a day at the beach. Floating above it all, in Szabo’s scenes, is the figure of the lifeguard, on a high perch, upright and vigilant amid the languid bodies and umbrellas below. Sometimes they are a taken-for-granted part of the landscape, their chairs blending into a wide-angle view of the crowd; sometimes they’re godlike, on a literal pedestal and shot from the ground. 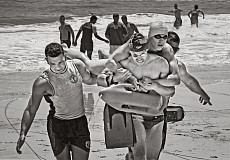 ‘Baywatch’ Gets Its Game Face On
By John Leland

Joseph Szabo photographed the lifeguards at Jones Beach for 25 years. He saw things that most of us never will. 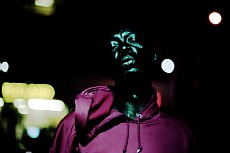 The Art Deco Fuller Building at 41 East 57th Street has historically been an art gallery hive. One of its tenants is Gitterman, a gallery devoted to photography and now showing the work of Khalik Allah, a young filmmaker and photographer

KHALIK ALLAH in THE FILM STAGE

What initially sends me out into the world is often a story, photograph or painting; some aspect of the world that haunts me because of its absolute unfamiliarity, its beauty or incomprehensible existence. Trying to render a visual encounter through photography is nearly impossible. Bending and twisting what the camera faithfully describes into something of fiction in order to give form and meaning to what exists in front of you. With the confluence of light, circumstance, chance and a dozen other factors I attempt to conjure up a world, one seemingly half-imagined and breathing with the life of histories. 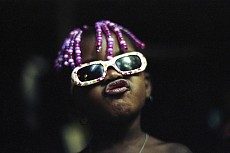