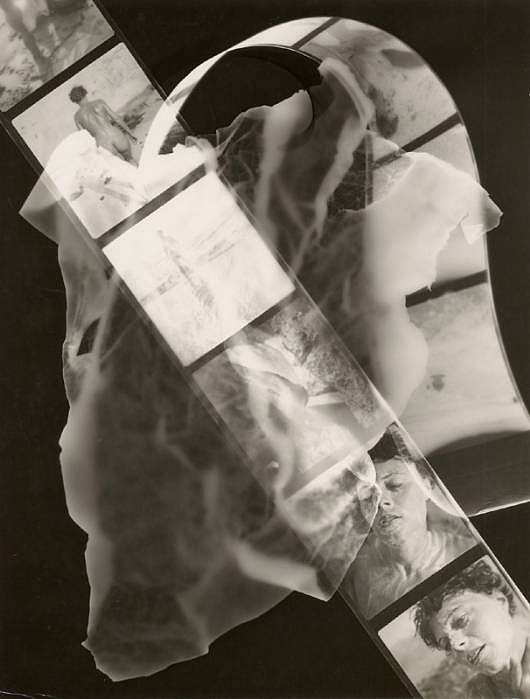 The Gitterman Gallery proudly presents, as its inaugural exhibition, vintage photographs from the Estate of Jean Moral (1906–1999). The exhibition opens on Tuesday, February 10 and continues through Saturday, April 10.

This is the first gallery exhibition of Jean Moral’s work. After the death of his wife (Juliette) in 1982, Moral stored away all of his photographs. They were painful reminders of the happiest times in his life and the loss of his muse. Thanks to the efforts of Christian Bouqueret, who wrote Jean Moral, L’œil capteur (Marvel, 1999) and organized the museum exhibition that traveled in France from 1999 to 2001, Moral’s work can now be fully considered in the context of modernist photography.

In 1925, the same year André Kértész moved from Hungary, Jean Moral began photographing in Paris. Like Kértész, his photographs exemplified the inherent aesthetic of Modernism, which by the mid 1920s was in full swing. Moral’s photographs from 1925 to 1940 depict his eye for graphic abstraction and tight composition. His personal expression is most apparent in his images of Paris, his intimate portraits of his wife, his self-portraits and the more experimental images he made with photograms and double exposure.

His images were published in the major publications of the time including Paris Magazine, Photographie (Paris), Vanity Fair (New York), Die Dame (Berlin), Modern Photography (London), Votre Beauté (Paris), Le Figaro Illustré (Paris) and Vogue. However, it was his fashion work at Harper's Bazaar alongside Louise Dahl-Wolfe and Martin Munkacsi and under the direction of Alexey Brodovitch and Carmel Snow that enabled him to make a living. In addition, Carlo Rim and Lucien Vogel hired him to shoot the 1932 and 1936 covers for VU magazine. George Hugnet admired his images, especially those of Juliette, and included them in many of his Surrealist collages.

With the outbreak of World War II, Moral moved to Cannes and retreated from the commercial world, seeking comfort in his drawings - the medium of his childhood. He led a bohemian lifestyle and eventually moved to Switzerland in 1959 where he found success with his drawings in the 1960s and 1970s.