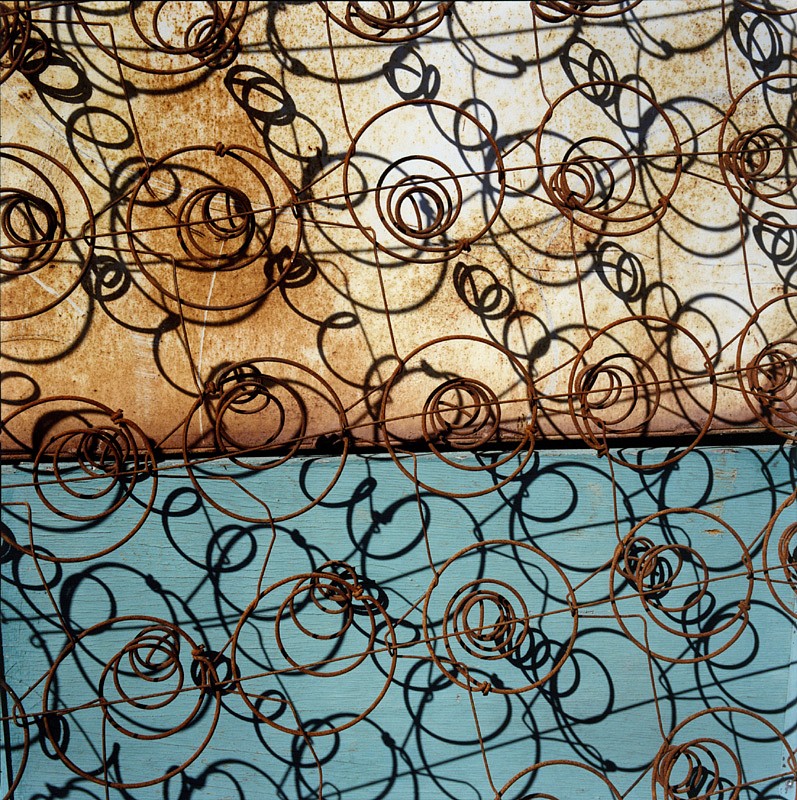 Gitterman Gallery is proud to present an exhibition of contemporary color photographs by Arthur Aubry (b. 1960). This show constitutes Aubry's first solo exhibition outside of the Seattle area. It will open on Thursday, December 1, with an opening reception for the artist from 6 p.m. to 8 p.m.

Photographing in and around the Pacific Northwest, Arthur S. Aubry's color photographs are both expressions of abstraction and documents of a transformed reality. Aubry combines the modernist tradition of geometric abstraction with a sense of 19th century exploration, engaging in the discovery of hidden subjects.  Some of his pictures are closely cropped, omitting a horizon and forming strong and stark abstract compositions that challenge our perception of scale, while others present whole, often industrial, objects that have been abandoned. While these subjects may have come to a grinding halt long ago, Aubry's photographs suggest a new life for these objects.

Aubry urges us to look closer and to seek out the beauty that lies obscured all around us. Under his diligent eye this hidden world is revealed to us in such vivid detail that metal, wire, and tubing appear almost palpable. Aubry's sense of composition allows us to make sense of the often confusing clutter of cast aside waste, organizing things as dissimilar as rusty mattress springs, an asphalt tank, and the guts of a Thunderbird into a comprehensible language of color and form. In many of these images we get both a sense of what once was, and what now is. Aubry gives us pause to contemplate the transformation.