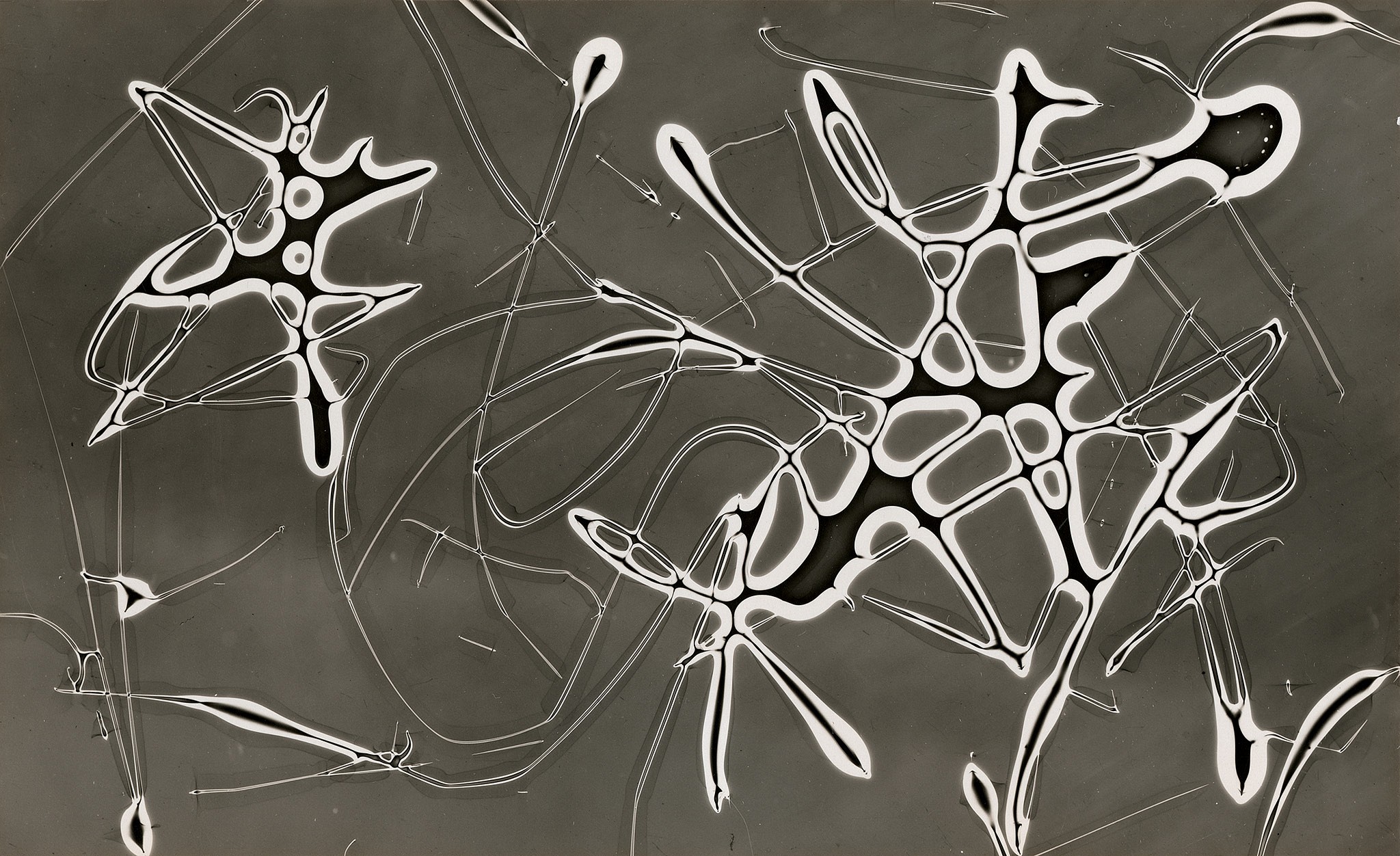 Gitterman Gallery is proud to present an exhibition of black and white photographs by Herbert Matter. The exhibition will open with a reception on Wednesday, January 22, from 6 to 8 p.m. and continue through Saturday, March 22.

This exhibition explores Herbert Matter's (1907-1984) innovative expression through photography and his vocabulary of abstraction from the late 1930s through the early 1950s. Matter wrote in Arts & Architecture magazine in 1944: “In exploring the various photographic processes themselves, and here lies infinite possibility to control, to liberate, to create visual sensation. Drawing with light, solarization, photograms or other direct impressions on positive or negative material, etc. Indeed with the exploring of these means, photography achieves an independent existence with no need of material from without, providing in itself an endless source of inspiration.”

Herbert Matter was born in Engelberg, Switzerland in 1907. He studied painting before moving to Paris to study with Fernand Léger, who became a lifelong friend. Matter worked in Paris as a graphic designer at the journal Arts et Métiers Graphiques as well as with the famed poster designer A.M. Cassandre. In 1932 he returned to Switzerland and found work designing posters for the Swiss Tourist Office. He utilized photography as a design tool, incorporating photomontage, collage, innovative typology, and juxtaposing imagery of different scales.

In 1935 Matter travelled to the United States to photograph a dance troupe and decided to stay in New York City. From 1936-38 he worked as a freelance photographer at Harper’s Bazaar under esteemed art director Alexey Brodovitch, who had been collecting Matter’s Swiss travel posters. Matter’s photographs were featured on numerous magazine covers, including: Bazaar, Vogue, Life, Fortune, and Arts & Architecture. Matter met Alexander Calder in 1936 when he photographed his work for the Pierre Mattise Gallery and they went on to have a strong friendship and working relationship that lasted many years. Matter's photographs of Calder's work emphasize the spirit and experience of Calder's art. In 1941 Matter married Mercedes Carles, daughter of the American abstract painter Arthur B. Carles and a great artist in her own right, who went on to found the famed New York Studio School. The couple was very active in the New York art scene and was friends with John Cage, Philip Guston, Willem de Kooning, Franz Kline and Barnett Newman. Through Mercedes' friendship with Lee Krasner, Matter met Jackson Pollock and the two men became close friends, inspiring one another through their explorations of gestural abstraction. Matter’s work was included in several Museum of Modern Art exhibitions: Action Photography in 1943 and In and Out of Focus: A Survey of Today’s Photography in 1948.

From 1943-1946 Matter worked with Charles and Ray Eames in Los Angeles. When Matter returned to New York in 1946, he began a twenty-year relationship with Knoll as a design and advertising consultant. In 1952 he joined the Yale faculty as a photography and graphic design professor. Matter acted as a design consultant to the New Haven Railroad, for whom he created an iconic logo, the Boston and Maine railroads, as well as the Guggenheim Museum, and the Museum of Fine Arts, Houston. In 1960 Matter started a nineteen year project photographing his fellow countryman Alberto Giacometti. He received numerous awards: a Guggenheim Fellowship for Photography in 1980, the Honorary Royal Designer for Industry in England in 1982, and a gold medal from the American Institute of Graphic Arts in 1983. Stanford University acquired the Herbert Matter archive in 2005.