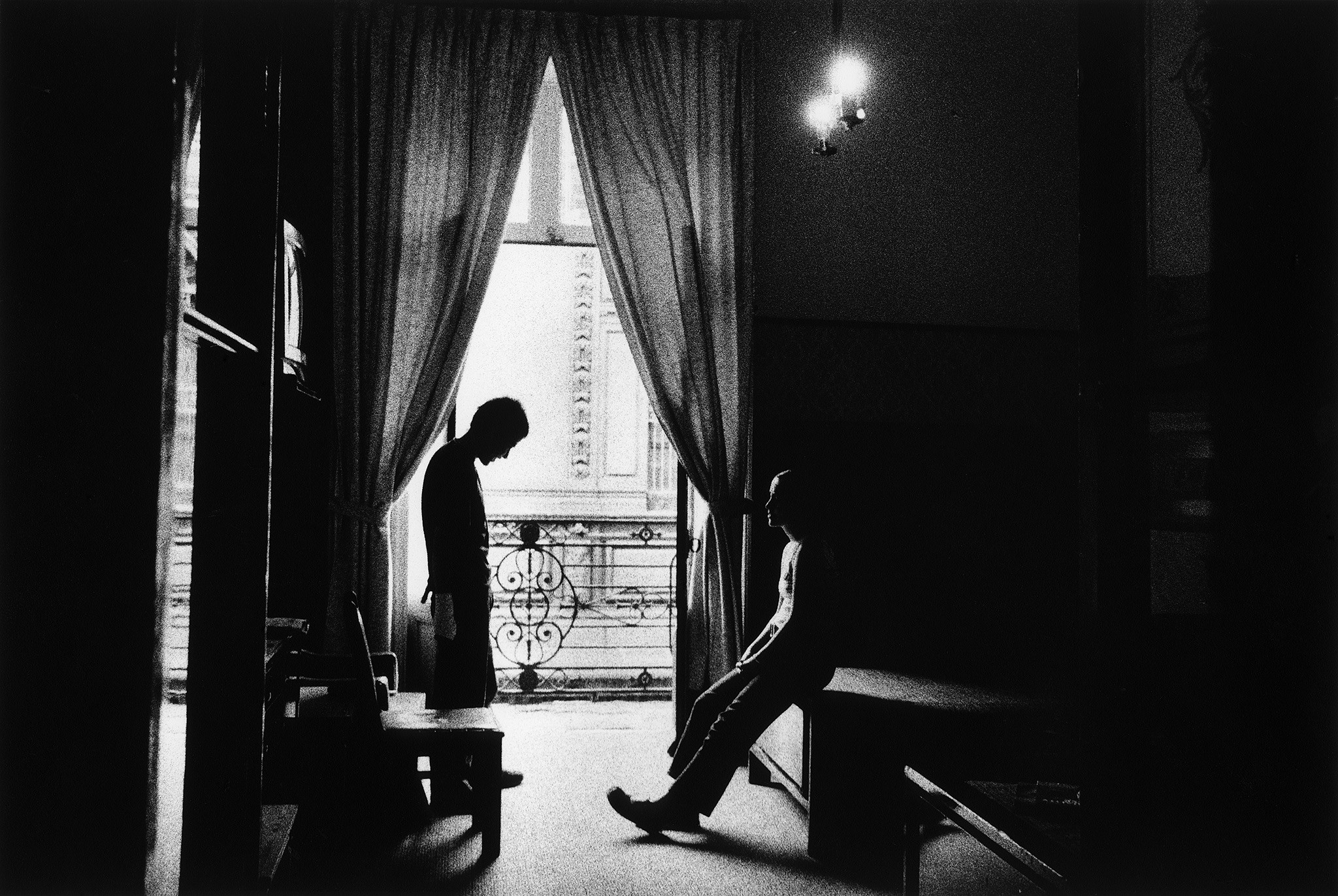 Gitterman Gallery is proud to present an exhibition of contemporary black and white photographs by Allen Frame.  The exhibition will be his first show in New York in 8 years and will open on Wednesday, April 13th from 5 p.m. to 8 p.m.

Allen Frame’s photographs, neither posed nor staged, are intimate figurative scenes that evoke the psychological subtext of day to day experience.  They are ambiguous situations that involve people he knows well, affording him unusual access to their private lives, but they eschew documentary or diaristic concerns.  While there are hints of narrative, the photographs are less about storytelling than about states of mind and the subtle shifts in atmosphere, mood, and persona in the arena of relationships.  Actual locations are like sets, precisely framing the charged space between figures.  The exhibition draws from work over the past decade that he has done in New York, and from his visits to Scandinavia, Europe, Russia, and Mexico.  Much of the work is included in his most recent publication, Detour (Kehrer Verlag Heidelberg, Germany, 2001), and signed copies will be available through the gallery.

Allen Frame grew up in the Mississippi Delta, and has lived in New York for 25 years.  He has had solo exhibitions in New York, Zurich, Paris, Budapest, and Mississippi.  Frame teaches photography at the School for Visual Arts, the International Center for Photography and Pratt Institute.  He is a contributing editor for www.artwurl.org, an internet arts magazine and has been a guest curator for contemporary art spaces such as Art in General in New York and Delta Axis in Memphis.  Throughout the 1990’s he toured internationally with the slide show Electric Blanket, a project he co-created for Visual AIDS.  Recently he completed a short narrative film titled Mateo’s Tattoo.