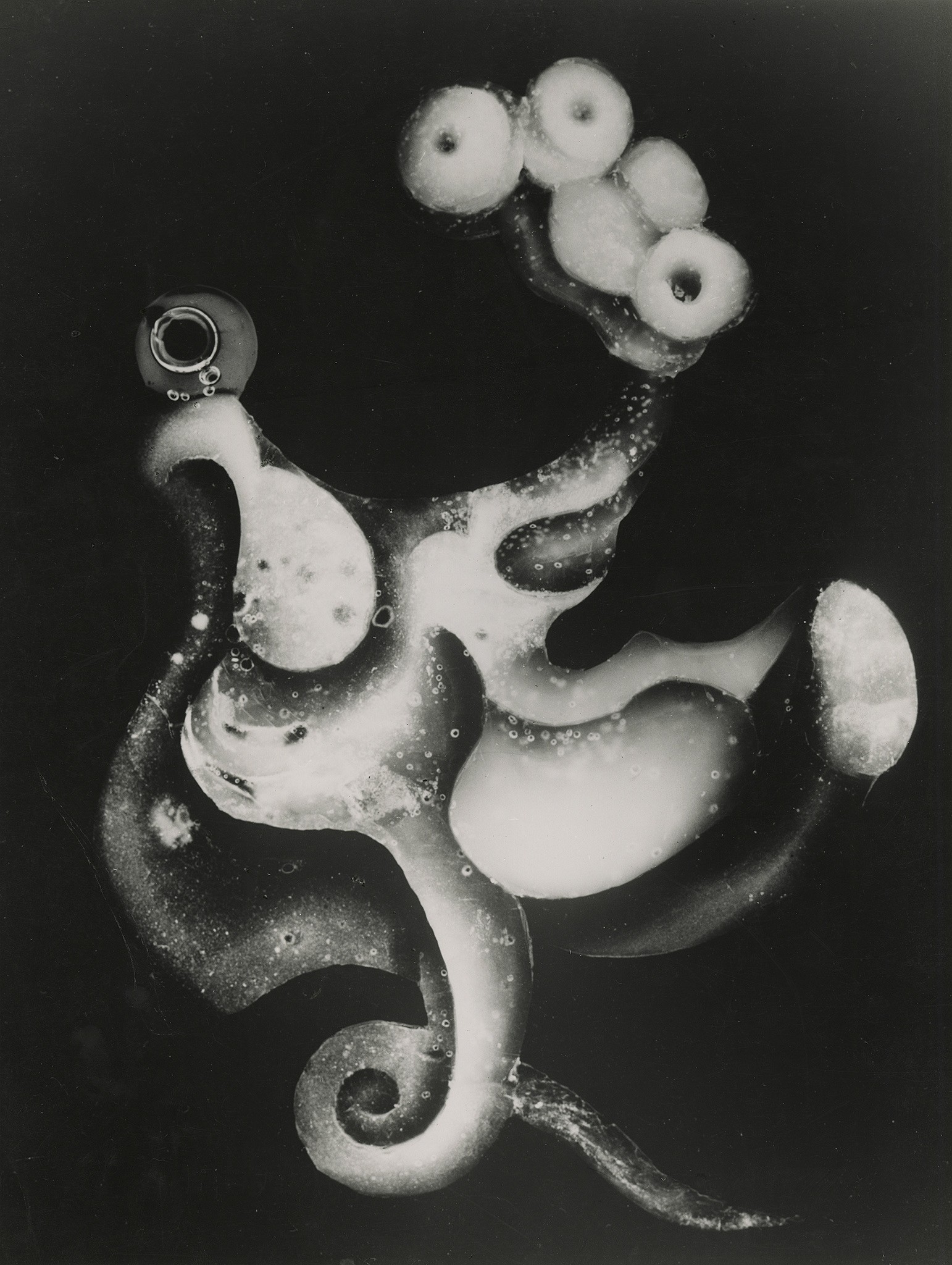 —from “Octopus's Garden” by the Beatles, written and sung by Ringo


We invite you to explore life under the sea through a selection of work by Jean Painlevé, Éli Lotar and Heinz Hajek-Halke.


Jean Painlevé (1902­­­­­­­­­­­–1989) was a French filmmaker and photographer whose work was innovative, both in its scientific exploration and its artistic expression. His underwater imagery of sea creatures helped expand the visual vocabulary of the Surrealists and his films were formative in avant-garde cinema. Though Painlevé's anti-authoritarian nature kept him from joining André Breton and becoming a Surrealist, his work was included in many of their publications and exhibitions. He took part in several Resistance networks during WWII and formed and held positions in numerous organizations to benefit French Cinema throughout his career. There are plans for an exhibition of his work at the Centre Pompidou.

His mother, Julie Marie Marguerite Petit de Villeneuve, died six weeks after Jean’s birth and thus Jean was raised by his father, Paul Painlevé, and his father’s widowed sister. Paul Painlevé was a distinguished mathematician and statesman who served twice as Prime Minister of France. Jean summered as a child with his maternal grandmother on the Southern coast of Brittany with his cousin Pierre Naville (the future editor and writer of the journal La Revolution Surréaliste). It was during these holidays that Jean developed a lifelong fascination with the sea and started photographing.

While initially studying medicine at Sorbonne University, he befriended Jacques-André Boiffard. Boiffard went on to join the Surrealists while Painlevé went on to study zoology and comparative anatomy. In the 1920s, Painlevé fell in love with Geneviève Hamon, who also became his closest collaborator and whose family home was the site of gatherings of many of the avant-garde of Paris. Their circle included avant-garde artists and writers such as Boiffard, Alexander and Louisa Calder, Robert Desnos, Max Jacob, Renée Jacobi, the Fernand Léger, Éli Lotar, Man Ray, Prévert brothers, André Raymond, Chaïm Soutine, and others.

Please read more about Jean Painlevé and explore his work further on the exceptional website of Archives Jean Painlevé where they also have excerpts of his films. In addition, I found the 2019 book by James Leo Cahill, Zoological Surrealism: The Nonhuman Cinema of Jean Painlevé an excellent source as well as the 2000 book, Science is Fiction: The Films of Jean Painlevé.

The first film by Painlevé that I saw was Le grand cirque Calder 1927 from 1955. I don’t remember when or where I saw it and I definitely didn’t know it was by Painlevé till much later. I do know it must have been early in my life, maybe at the Whitney, since Calder’s Circus was always my favorite attraction when I was a child and this film fueled my imagination and the possibilites of this seminal work.

Many of Painlevé’s early films are silent. I highly recommend listening to Yo La Tengo's The Sounds of the Sounds of Science while viewing them as well as the images on our site. This is not my idea but rather one already achieved by The Criterion Collection’s DVD collection, Science is Fiction: 23 Films by Jean Painlevé.

We have listed some of the works as being by Painlevé and Éli Lotar. From our perspective, since it is unclear which artist made the work, it is better to credit both of them. Others have attributed these images to Painlevé and some to Lotar. Lotar worked as Painlevé’s cameraman for the filming of Crabes et Crevettes [Crabs and Shrimp] in 1929 (sometimes dated 1930) and Caprelles et Pantopeds [Skeleton Shrimp and Sea Spiders] in 1930 as well as unfinished projects on lobsters and spiders. Each piece we have attributed to both of them was made during their collaboration on Panlevé’s films. We have seen Lotar’s stamps on the prints or other prints of the same image as well as signatures by Painlevé on some of the same prints. We have included images of the versos for your reference.

According to James Leo Cahill in Zoological Surrealism: The Nonhuman Cinemas of Jean Painlevé (2019), “This collaboration was short-lived due to a falling out . . . over the mishandling of some footage of skeleton shrimp giving birth. According to Painlevé, Lotar forgot to label the unprocessed footage as ‘panchromatic,’ resulting in the laboratory processing it as orthochromatic and ruining the negatives.” This statement is footnoted but unfortunately, we don’t have a hard copy of the book to look it up.

Éli Lotar (born Eliazar Lotar Teodorescu, 1905–1969) was a French photographer and cinematographer with Romanian parents. Some of his photographs epitomized the best of New Vision modernism, while others, though more documentary in nature, helped expand the vocabulary of Surrealism. He apprenticed with Germaine Krull and became a part of the Parisian avant-garde. His work was included in major international avant-garde photography exhibitions including Fotografie der Gegenwart, Film und Foto and Exposition de l’AEAR–Documents de la vie sociale. Lotar worked as a cameraman and set photographer for other filmmakers, directed several films and collaborated with avant-garde writers and playwrights. Later in life, he befriended Alberto Giacometti and was the sculptor’s last male model. Click here for a link to a Herbert Matter photograph of one of Giacometti’s sculptures of Lotar. Lotar’s was the subject of a major retrospective in 1993 at the Centre Pompidou and in 2017 at the Jeu de Paume.

Heinz Hajek-Halke (1898–1983) was a German photographer known for his abstraction. He used multiple exposure with negatives as well as photograms. He was a member of the Fotoform group and included in both of Otto Steinert’s “Subjektive Fotografie” exhibitions and books.