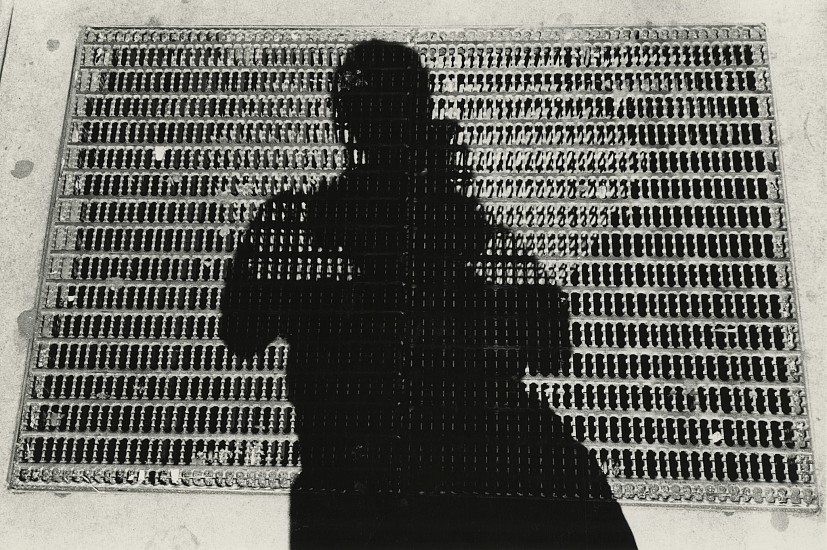 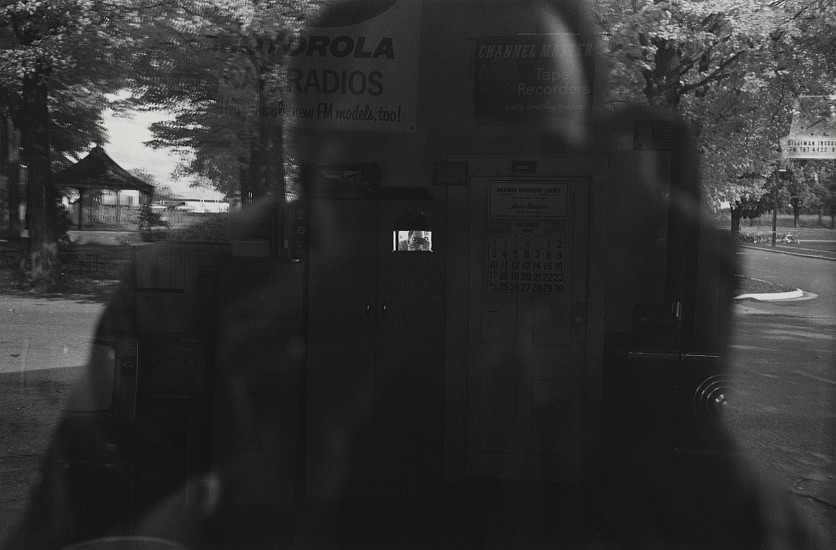 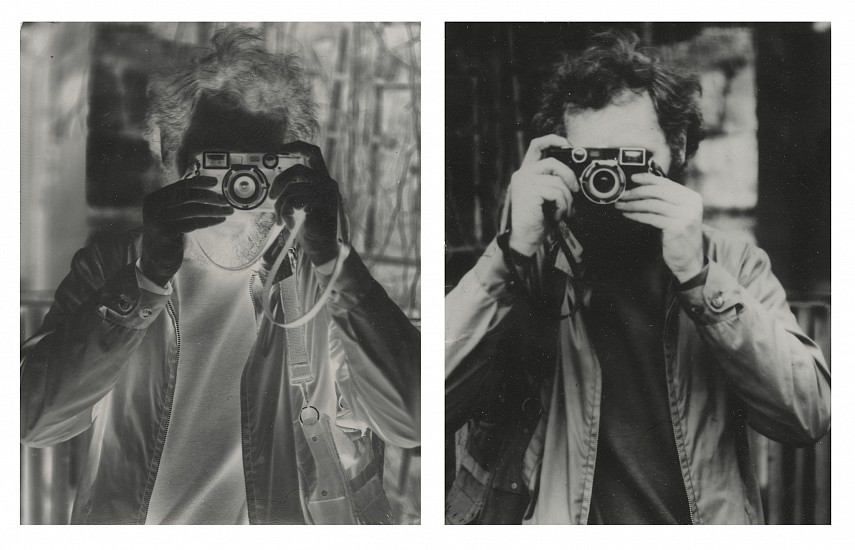 (Self-portrait. One direct negative and one direct positive, each made separately in camera.) unique 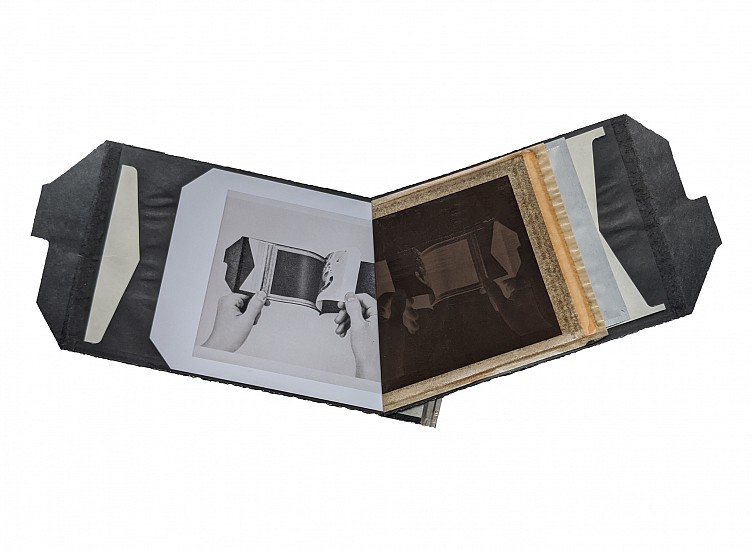 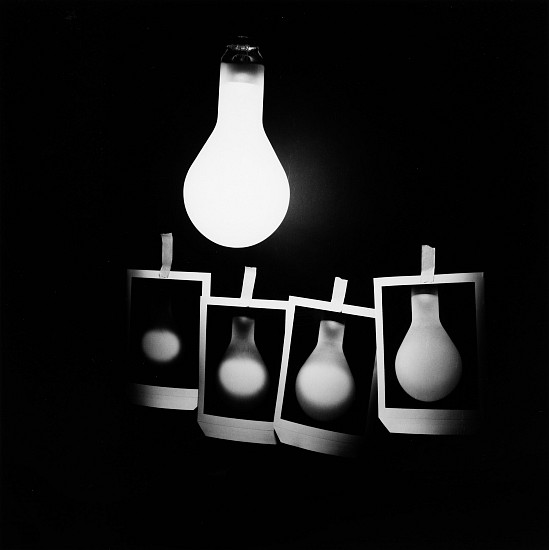 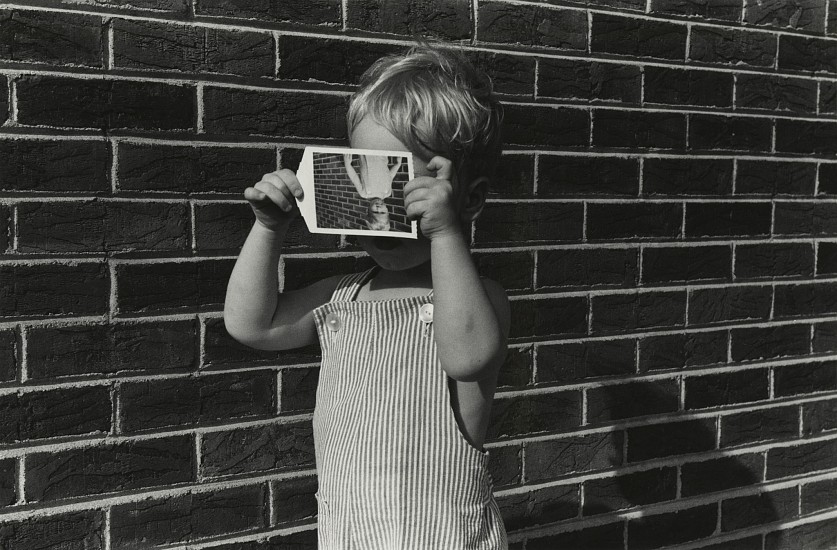 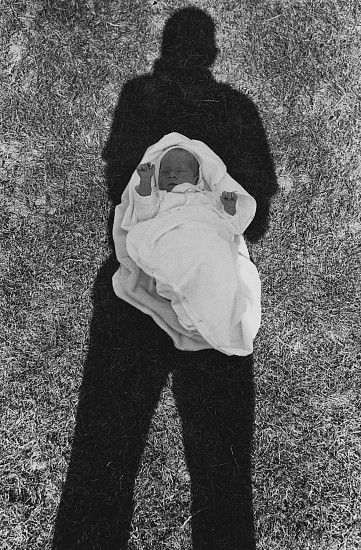 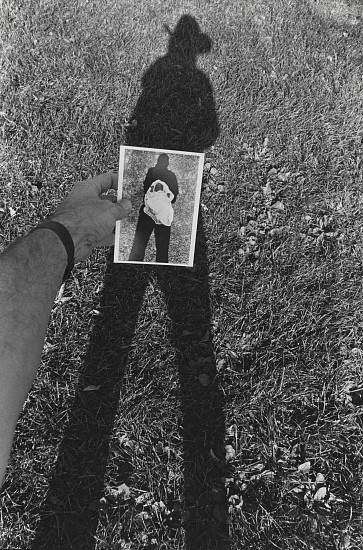 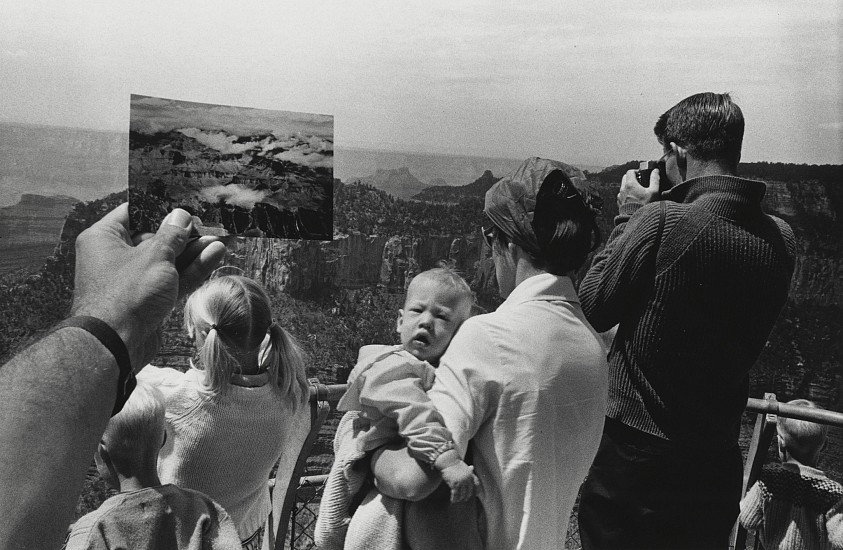 This image alludes to early 19th Century photography when the exposures necessary to capture an image of the landscape would leave the sky blank. Photographers would either paint in the clouds or print them with a separate negative. 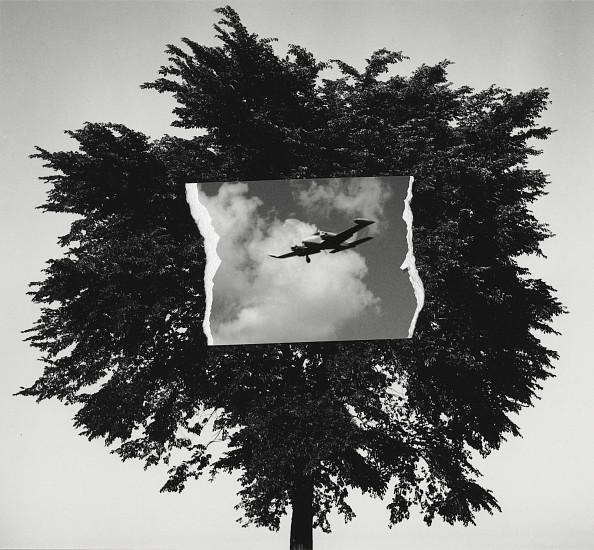 (montage of Super 8mm film of the artist's daughter) (a feather with the photogram of it) (last available piece in the edition, other 2 prints in museum collections) 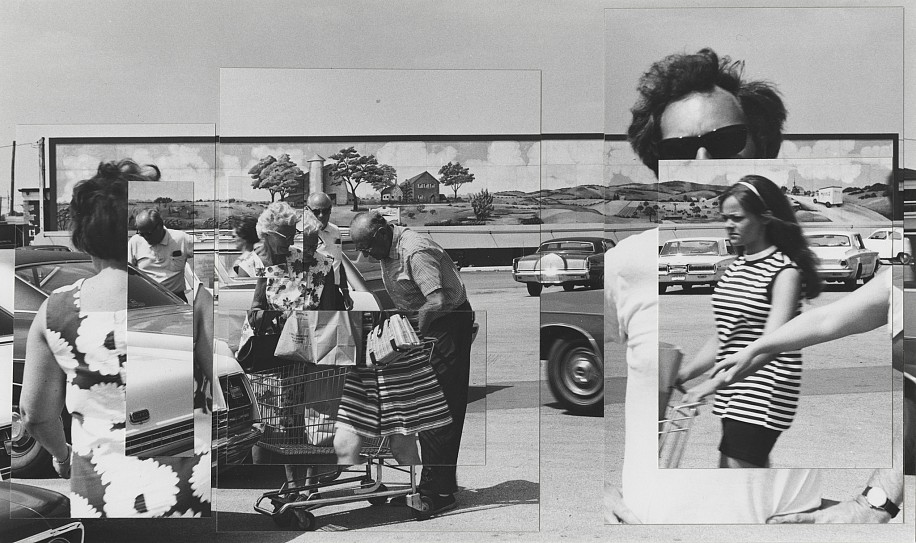