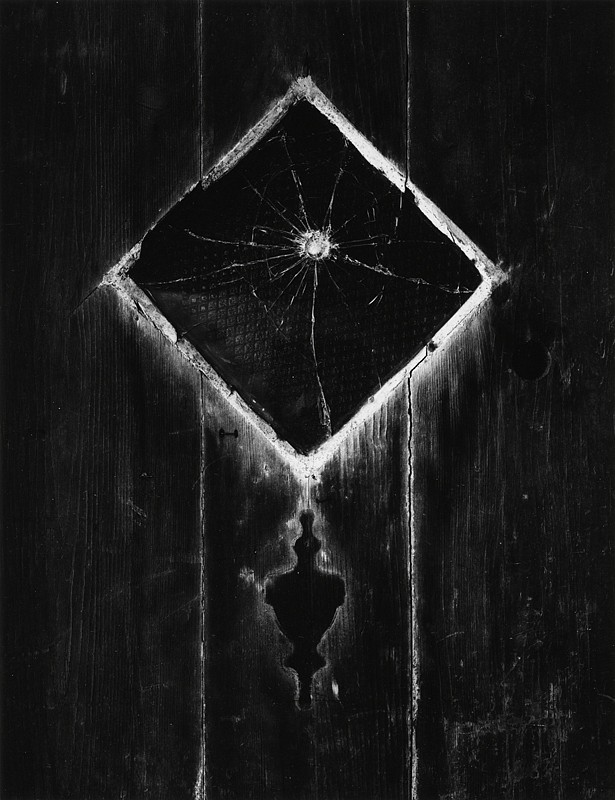 Oliver Gagliani was an artist who at the age of 29 transitioned from the medium of music to the medium of photography. He explored the expressive potential of abstraction and his prints reveal poetic evidence of the spirit.

Oliver Gagliani was born to an Italian America family in Placerville, California in 1917 and lived most of his life in San Francisco. His passion for music began in elementary school and he played the violin through college. It was at San Francisco State College that he became more interested in composition than performance. His college education was cut short when he was drafted and stationed in the Pacific during World War II as an aircraft mechanic. Yet he continued his music studies via correspondence courses through Mills College, but with no access to musical instruments, Gagliani had to focus on mentally hearing the notes of his compositions. During the war he began to lose most of his hearing and was discharged from the Army in 1945.

Gagliani returned home to San Francisco and worked as a mechanical engineer at the Naval Shipyard at Hunters Point. In 1946, while intending to go to the San Francisco Symphony at the War Memorial Opera House, he mistakenly walked next door into the San Francisco Museum of Art (at the time housed in the War Memorial Veterans Building). There he saw the traveling retrospective of Paul Strand organized by the Museum of Modern Art in 1945. Gagliani recalled that: "It was beautiful, his counterpoint of light and shade, object and space, just as in the music I had studied for so long. I returned to see it twenty times." It was this exhibition of Strand's work and the 1946 retrospective of Edward Weston's work at the museum which compelled Gagliani to explore photography as a means of self expression. That same year he took an intensive course with Ansel Adams and later in 1964 he took a workshop with Minor White.

During many family vacations Gagliani traveled to California State Parks and ghost towns in Nevada to photograph. His first two solo exhibitions were at the George Eastman House in 1955 and at the San Francisco Museum of Art in 1957 and he went on to exhibit extensively throughout his career. At the encouragement of Jack Welpott and Leland Rice, Gagliani went back to school and received an MFA from the California College of Arts and Crafts in 1972, which enabled him to teach photography at universities and colleges. For decades he also taught many photography workshops.