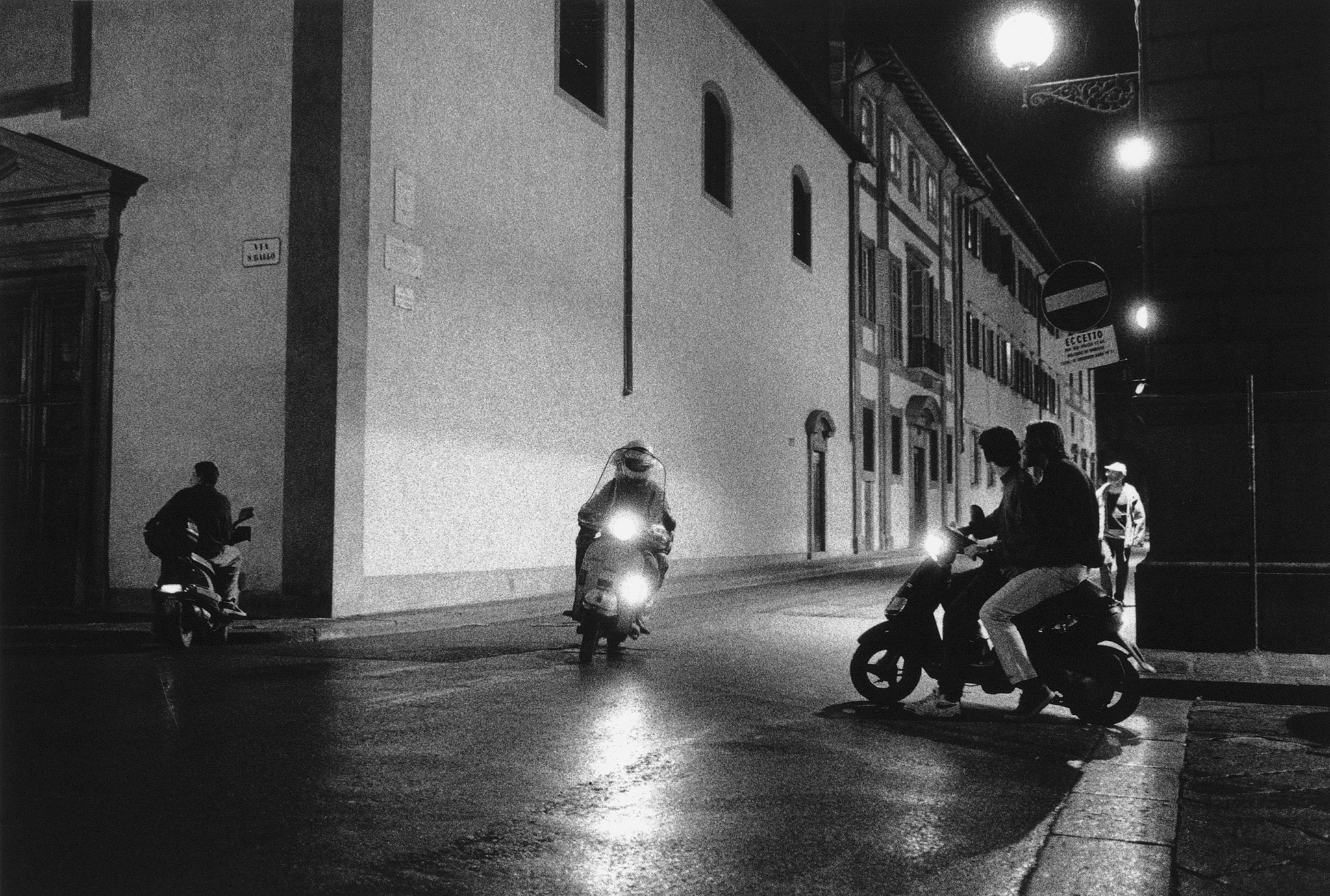 Gitterman Gallery is proud to present an exhibition of color and black and white photographs by Allen Frame that celebrates the pairing of his photographs with the literary work of the Chilean writer Roberto Bolaño.

Drawing from Frame’s archive, the publisher New Directions has used nine of his photographs as Bolaño book covers. Frame's photographs convey a deeply felt but restrained sense of intimacy, suffused with aspects of both desire and alienation, and hints of noir-like menace. Bolaño's work draws on motifs of detective fiction but transcends the genre to create an intensely moving reflection on creative lives played out in the shadow of oppressive political and social conflicts. His gritty, visceral writing probes into the dark corners of experience with a notable appreciation of the intrigues of romantic obsession.

Bolaño, considered by many to be the most important Latin American writer of his generation, was born in Chile in 1953. He moved to Mexico City with his family at the age of fifteen and lived there until his mid twenties when he moved to Europe.  Bolaño thought of himself as a poet initially and had a variety of menial jobs through the 1980s. His first novels were published in the 1990s. The Savage Detectives won the Romulo Gallegos Prize for best Spanish-language novel of the year in 1999.  Bolaño died in 2003 at the age of fifty and his work has been translated steadily into English and other languages since then, creating widespread international acclaim.

The Savage Detectives takes place in Mexico City during the mid 1970s and portrays the bohemian world of young poets in their twenties. They are reminiscent of the Beats and the story becomes an on-the-road epic of two charismatic, experimental poets among a small circle of friends with heightened passions.  The novel 2666, Bolaño’s last major work, is a disturbing tale of modern horror that creates a fictive link between Nazi Germany and the drug-ridden violent culture of northern Mexico today.

Born in Mississippi in 1951, Allen Frame grew up in the Delta town of Greenville, known for its literary culture and progressive Pulitzer Prize-winning newspaper. Shelby Foote and Walker Percy had gone to his high school and Southern writers like William Faulkner, Carson McCullers, and Tennessee Williams were strong influences on him. After graduating from Harvard University in 1974, Frame moved to New York in 1977. During the early 1980s, Frame, already a photographer, was also part of an experimental theater scene, working with Bill Rice, Sue Williams, Gary Indiana, Taylor Mead, Frank Franca, and Steve Buscemi, and directing a play based on the writings of David Wojnarowicz.

His book Detour, a compilation of his photographs from the 1990s, was published by Kehrer Verlag Heidelberg in 2001. He teaches photography at the School of Visual Arts, Pratt Institute, and the International Center for Photography, and he has been teaching photography workshops in Mexico since the late 1990s. He is an Executive Producer of the feature film Four, directed by Joshua Sanchez and starring Wendell Pierce.