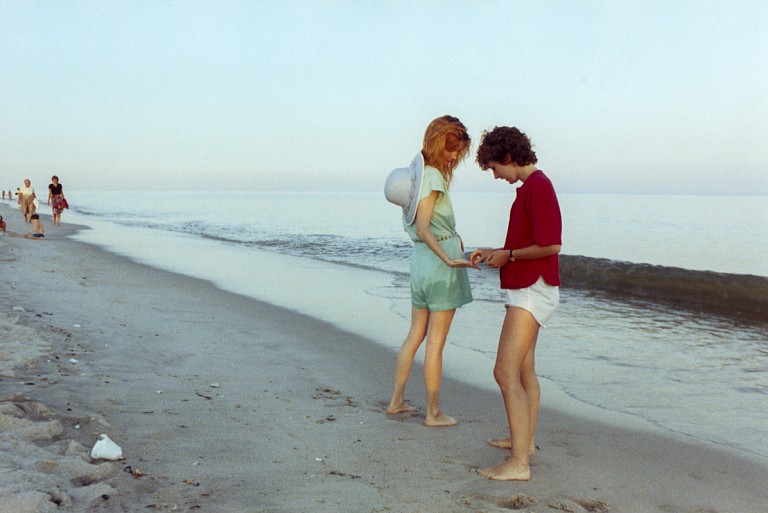 It was a time like our own. A young man comes to New York and wants to be an artist. A president wants to make America great. A doctor sounds an alarm. A health crisis looms, like an overture in a minor key, but everyone goes to a bar called the Bar and a gallery called Fun.

There was a difference between uptown and downtown then. Allen Frame had grown up in Mississippi and lived in Boston, and, in 1977, when his friends were moving to New York, he moved there too. After living in a gay rooming house in Brooklyn, he found a place downtown on Perry Street in the West Village. He cleaned apartments for enough cash to get by, and he didn't need much because rent was cheap. Frame had time for friendship, for art and sex. He met other gay men who were artists and writers, and each brought references and experiences and ambition to the scene. He had his first boyfriend. "It was like heaven," he said.

They all went to the Bar on Second Avenue and Fourth Street, a local dive with a pool table, and yet even people in Europe knew about it. Some of the patrons then are legends now: Peter Huiar, Alvin Baltrop, Robert Gober. Frame met the artist Darrel Ellis at the Bar and photographed him at his Perry Street apartment. He photographed Nan Goldin at her loft on the Bowery. He photographed Kenny Scharf and Patti Astor at Fun, Astor's East Village gallery. He photographed Cady Noland at the beach. He used available light, gentle ochers and greens, the faint shade of blue when sky is indistinguishable from water. He composed his frames with beguiling precision, with just-off symmetry and split-screen scenes demarcated by paintings or doorjambs. He made 4-by-6-inch prints, and mostly forgot about them until late last year, the year before another pandemic, when the artist Miriam Laura Leonardi invited him to show some work in Zurich, and then the publisher Matthew Leifheit invited him to collaborate on a book about 1981. And then he remembered.

On April 17, 1981, Frame celebrated his birthday at the Brooklyn Heights apartment of a Peruvian artist named Coco Ugaz. Bill Jacobson, the writer not the photographer, was there, and so was the publicist John West. That summer, on July 3, the New York Times ran an article warning of a "rare cancer” affecting homosexuals. Dr. Anthony Fauci submitted a paper to The New England Journal of Medicine noting that the syndrome would soon move into the mainstream of society, but he was called alarmist and the paper was rejected. President Ronald Reagan didn't say the name of the disease in public until 1985. Bill Jacobson, John West, Coco Ugaz, and Darrel EIlis all died of AIDS.

Frame was living in London in 1985, and one day his friend Craig Gholson, an editor at BOMB magazine, visited his apartment in Covent Garden. "And he was giving me all the incredibly alarming stats and information and basically saying that every gay man we knew was going to be dead in a certain period of time," Frame said. "lt was the most catastrophic warning.” Frame said he wasn't prescient about what was happening to his friends. He wanted them to succeed, and some did. And some died. And some survived both life and death all around them.

Queerness is a form of world building. ln lieu of family, there's community. ln lieu of progeny, culture. When Frame reprinted his 1981 pictures this year, in the time of COVID-19, he remembered the friendships, the thrill of belonging. “I knew that I had a lot of affection for these people," he said. "lt was an innocent, romantic embrace."

get your own copy of Aperture 241 HERE